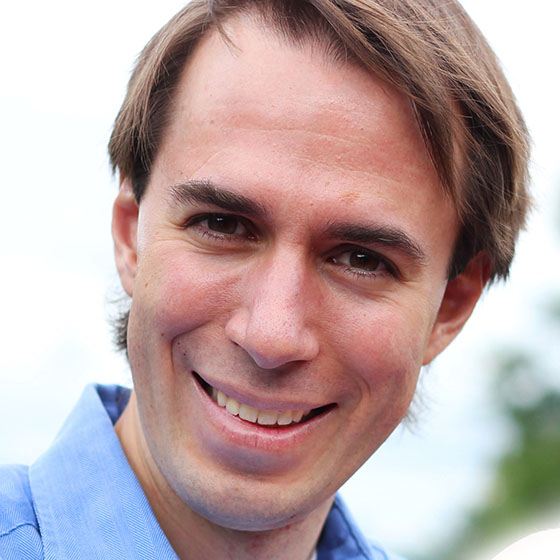 David R. Schneider graduated from Rensselaer Polytechnic Institute in chemical engineering in 1999, attended Columbia University Film M.F.A. Program in 2001, and earned his master’s and Ph.D. from Cornell University in mechanical engineering with a concentration in controls & dynamics in 2007. David has taught at both Columbia University, where he was the highest student-rated instructor in the College of Engineering, and at Cornell University where he is now the Director of M.Eng. Studies for Systems Engineering, the largest M.Eng. program at Cornell.

With a strong focus on education, David created the first experience in the world recognized by the systems engineering professional society INCOSE as knowledge exam equivalent, and the only person to have created now two experiences earning this honor. Additionally, David created and runs the systems engineering courses for Lockheed Martin’s largest Engineering Leadership Development Program. David’s main course, Model Based Systems Engineering, is also now officially sponsored by Boeing. David has also received multiple recognitions for his educational work from the Obama White House Office of Science and Technology Policy and was an invited guest for the official start to the National Week of Making and the CS4ALL initiatives. David also led the broader impacts video game creation for the NSF Expeditions in Computing Grant on Computational Sustainability and is the head faculty advisor for Cornell Cup Robotics and Cornell University Sustainable Design (CUSD), which is commonly Cornell’s largest and most diverse student project team. David was also a screenwriter for Walt Disney Attractions Television Production.

David Schneider's research has traditionally focused on the realm of NP-Hard Computer Science Problems and Controls for Robotic Systems in both centralized & decentralized and autonomous & semi-autonomous systems. His most prominent research is his creation of the G*TA (G-Star-T-A) task allocation algorithm and his work as program manager of the Cornell RoboFlag program, with notable applications including AFRL UAV controls and NASA/NOAA unmanned boat designs. Aside from his work at Cornell, David also values his time dedicated to this area while at NASA Goddard as a team lead in Code 88 Advanced Automations & Architectures.

Most of David’s career at Cornell has focused on collaborative projects and research with industry, or even in support of Cornell initiatives. Some of David’s favorites include:

David is also dedicated to STEM and particularly engineering education R&D since even his early career with publications in journals such as the International Journal of Engineering Education—Active Learning Special Edition and being the key developer of the broader impacts on grants like the NSF Expeditions in Computing Grant on Computational Sustainability. Stemming from his involvement in the Obama CS4ALL initiative, David also developed a means of assessing computer science educational programs against the Computer Science Teacher Association’s K-12 standards as well as informing students, teachers, and parents on a student’s computational thinking learning progression. David continues to be dedicated to this R&D area and has developed a computer science focused educational robot to rival Lego Mindstorms, Vex & MakeBlock that has been licensed thru Cornell Technology Licensing to Educational Technologies. Most recently, David is also a Co-PI on the NSF “Cultivating Innovative Thinking Skills in STEM Education” grant investigating the education benefits of college student project teams and competitions.

David Schneider has dedicated much of his career towards the improvement of engineering education. In addition to mentoring typically over 200 students every semester on many of the projects listed above, David has taught courses such as Model-Based Systems Engineering, Engineering Project Leadership, and Creativity in Engineering. Through the Cornell Cup, David has also developed in conjunction with the Cornell team's students, a series of systems engineering professional design guides that target identified nationwide curriculum gaps. Utilizing this work in particular, students have earned such recognitions as being the 1st American team to win the James Dyson Award for Engineering Design, one of America’s “30 Under 30”, and even quoting the guides when being featured on NBC as one of the top six “College Inventions Everyone Should Be Aware Of”.

As a member of the Cornell Faculty Institute for Diversity, David also leads what is commonly the largest and most diverse student team on campus, Cornell University Sustainable Design (CUSD), as well as Cornell Cup Robotics, both of which are often led by a majority of female students.

David also co-founded the NASA Robotics Alliance Cadets program with Mark Leon, NASA AMES Director of Education and David Lavery, NASA Program Executive of Planetary and Solar Exploration. David has also served on a number of educational committees and panels including being a guest expert on the “America’s Favorite Maker” TV show. David has led the efforts to make Cornell the first university to officially partner with Make:. With Make: David led the re-creation of the national entrepreneurial competition "Pitch Your Prototype". David also was the leading faculty member behind the American Society of Engineering Education, Community Engaged Division Film Festival national competition. As one who has always sought to embody Cornell’s “Doing the Greatest Good…” initiative, David with Cornell Cup Robotics is also currently mentoring the Afghan Dreamers, the all-girls robotics team from Afghanistan, thanks to a collaboration with the Afghan Dreamers parent organization the Digital Citizen Fund.